We’ve had some hit or miss days during early spring here in the high country of Western North Carolina. “It’s still early,” we keep telling ourselves, knowing that the main course is still yet to come once we’ve reached stable warm weather. Rain has been passing through periodically keeping water levels up, which is sometimes good, sometimes not good. We recently got out in some water that requires a little bit of a trek and found some willing local inhabitants. 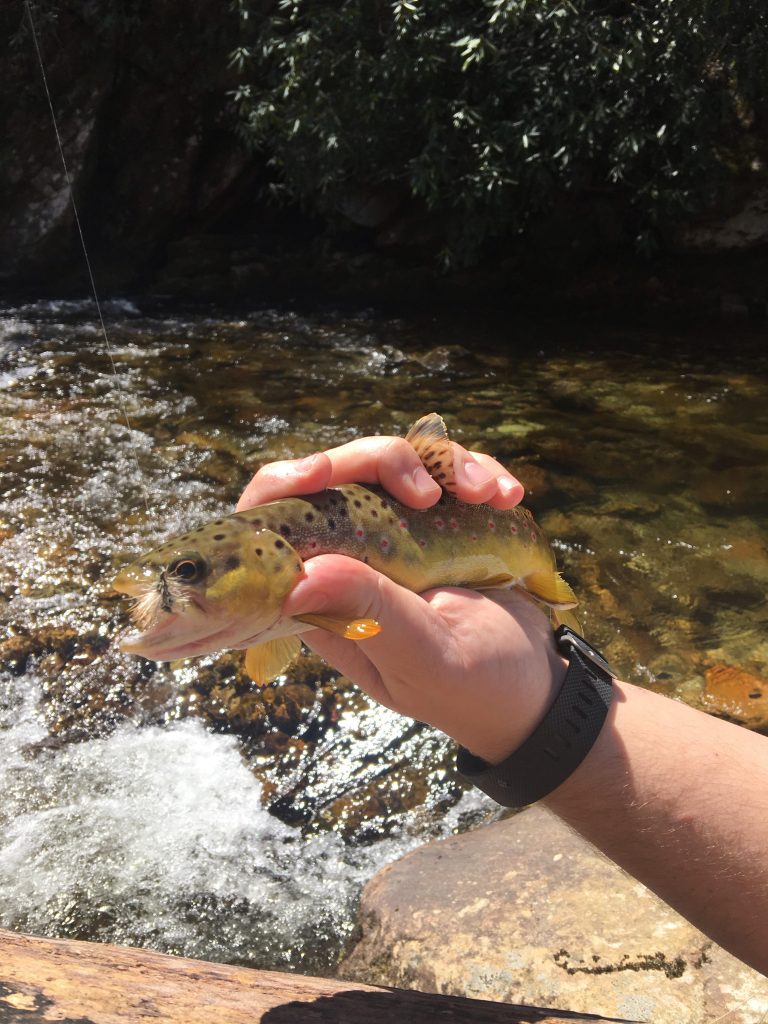 As you can see, black caddis in a variety of sizes are catching fish. Quill Gordons haven’t been bad either, along with the usual smattering of tungsten nymphs (pheasant tails, hare’s ears, maybe even something with a little flash like a prince nymph). Don’t be scared to get off the beaten path this month and walk to some less accessible water. The fish probably won’t be big, but they’ll be willing and the scenery is hard to beat.